“MY JOURNEY THROUGH CANCER”

“My thoughts are nothing like your thoughts”, says the Lord;

“and my ways are far beyond anything you can imagine”. .. 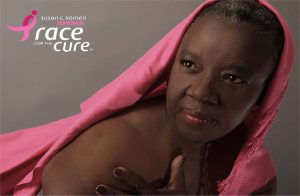 I am close to a seven-year breast cancer survivor.

In late 2006, as a part of my annual physical procedure, I underwent a mammogram, which resulted in a biopsy. Ten days later, I was diagnosed with Stage 3 Breast Cancer and recommended to have an immediate mastectomy.. the day of the first anniversary of my husband’s death; it was later rescheduled to mid-December. Sixteen lymph nodes were also removed but none were found to be cancerous. I never got discouraged and always had the faith that God would bring me through.

The support from my family was very encouraging. Chemotherapy started in mid-January, 2007. Two days prior, my daughter and four-year-old grandson visited. She explained to my grandson what was going on and asked to him to pray for me. He came to my bed and said with a loud voice:

“gran, gran you got the victory.”

I felt words and those took them personally; I carried them with me all the way through my six months of chemotherapy.

The morning of my first chemo, Isat at my dining room table to do my devotions before leaving for the oncology center, the theme for that day was:

and the readings were taken from Psalm 138.

The writer for the devotion of the day explained that God works out the plans for our lives and will bring us through any difficulties we might face. It was such a soothing feeling for me to start my new journey with such encouraging words.