Passing of Deputy Chairman and Founding Shareholder, the Hon. Bradley B. Roberts 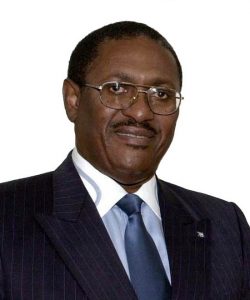 Sunshine Holdings Ltd. mourns the passing of its Deputy Chairman and Founding Shareholder, the Hon. Bradley B. Roberts

The Honorable Bradley B. Roberts was a founding shareholder of Sunshine Holdings Limited and the first Chairman of its Board. A man from humble beginnings, Mr. Roberts began his career as a businessman in the 1960s and showed tremendous talent and skill in commerce.

Mr. Roberts was instrumental in the formation and growth of Sunshine Holdings from its modest start to its present status as one of the largest corporate groups in The Bahamas. Through it all, “Brother B”, as his Partners affectionately called him, remained committed to the Company’ s corporate vision and proved that “Bahamians of humble origins could work together to own and operate large businesses”.

Mr. Roberts and his Partners, who are collectively known as the “Sunshine Boys” transcended the obstacles that prevailed in a Pre-Independence Bahamas and redefined the possibilities for future generations of Bahamian entrepreneurs.

The former business partners of Mr. Roberts, the Directors, Executive Team and Staff of Sunshine Holdings, its subsidiaries and affiliate companies extend our heartfelt condolences to the Widow of Mr. Roberts, Mrs. Hartlyn Roberts, their three children, five grandchildren and the entire Roberts family.

May His Soul Rest in Eternal Peace.