An award-winning film director has brought together a fashion designer, singer, comedian and journalist for a powerful PSA on the disease that impacted their lives forever.

LaVado Stubbs, owner of Conchboy Films, recently highlighted the stories of Theodore Sealy, Patrice Murrell, ‘Naughty’ and Candia Dames – all of whom have lost parents to various forms of cancer.

The emotionally-charged Susan G. Komen Bahamas Race for the Cure TV spot shows audiences the disruptive nature that cancer can have on families.

“I wanted to create an ad that would really create more conversation about cancer. Conversation creates awareness. The commercial is powerful; it features well-known individuals in our Bahamian society. This shows that cancer can impact any family,” said Stubbs, who is also a two-time sponsor of the Sunshine Insurance Race Weekend.

“I hope this ad creates conversation with the audience. It’s an emotional ad. But the power really lies with the individuals who allowed us to feature them and spoke candidly about their loved ones’ battles and subsequent death to cancer. Their voices are going to help others who have family and friends battling cancer or those that have lost family members from cancer.”

The commercial was shot in one day at Atlantis’ former Fathoms restaurant.

Stubbs said he wanted to shoot the TV spot in a unique environment that featured the aquarium prominently.

“There is something about water that I feel defines a sense of calmness. I wanted the environment to be relaxing for the featured individuals,” he said.

Marketing & PR Coordinator for Komen Bahamas, Rogan Smith noted that Stubbs has a knack for thinking outside of the box. The pair worked together previously on last year’s ad that featured sports icon, Pauline Davis-Thompson.

“LaVado just gets it, and that’s so important. He’s incredibly creative and is somehow always able to bring exciting ideas to the fore. We at Komen Bahamas are happy to have him as a sponsor,” she said.

“We’re also very grateful to the talent who shared their stories with us, even though it was emotional for many of them at times. It’s not easy talking about the passing of a loved one, especially when it’s a parent. I know people see them on TV all the time and think they don’t have to deal with loss, but the ad just shows that they are just like everybody else.”

Smith said the biggest challenge was getting the sea creatures to cooperate.

“The talent was great. They came in and spoke from their hearts, so they made our jobs easy. However, the sting rays and fish were another story. They were so beautiful and majestic, but they would play with us. They would do all of these incredible things when the camera wasn’t rolling and then once we started rolling, they would scatter,” said Smith. 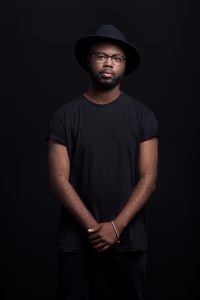 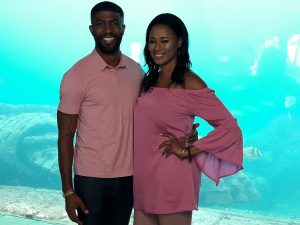 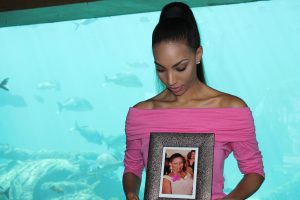