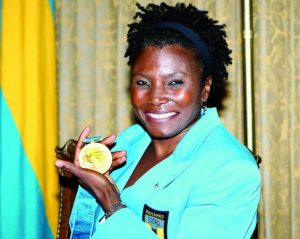 An Olympic legend and an award-winning director have teamed-up for an emotional breast cancer television ad.

The commercial, dubbed, “Never Alone”, will infiltrate social media this month. It details Davis-Thompson’s journey to the top and the challenges she encountered along the way.

The commercial, which will be shortened for television audiences, also features several student athletes from Davis-Thompson’s track club.

Stubbs is also the owner and creative director of Conch Boy Films – a boutique production company. 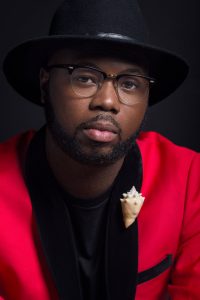 “I heard about the Susan G. Komen Bahamas event through the media in the past and its many promotional outlets. I was approached by the marketing team this year to participate and I am honored to be a sponsor this year,” said Stubbs.

“In the commercial, I wanted to capture the essence of never giving up. Pauline Davis is our country’s double gold Olympic medalist and is a prime example of someone who never gave up. In the video, I created a black and white environment and isolated the color pink throughout the video which is symbolic with the pink ribbon that represents breast cancer awareness,” said Stubbs.

“Pauline Davis’ battle to achieve those Olympic gold medals is parallel to those that battle cancer. Therefore, I wanted this video to merge both worlds and motivate anyone to be a part of this powerful Susan G Komen event and truly race for the cure.”

“The minute Pauline signed on to do the commercial, I knew that I had to highlight her struggles and draw parallels with those battling cancer. Even though one is clearly more serious, there are a lot of similarities. There’s a lot of loneliness in the athletic world and it requires a lot of mental toughness because there are so many moments when they feel like giving up; they feel alone. Someone fighting cancer experiences similar sentiments. However, what they might not realize is that someone is always in their corner rooting for them and as with anything, you have to take it one day at a time and never allow yourself to drift in that mental space where you want to give up,” said Smith.

Smith thanked Stubbs for signing on as a sponsor and delivering a “stellar” commercial.

“It is unbelievable how incredibly talented Lavado is. We have had good commercials in the past, but this one just blows them all away. He is so meticulous with the production and so easy to work with. I honestly screamed and cried when I saw the ad; it was that good. We can’t thank him enough for coming on board,” she said. “I also want to thank the legend that is Pauline for everything.”

Komen Bahamas has raised hundreds of thousands of dollars for local cancer charities since its inception.